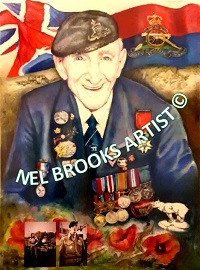 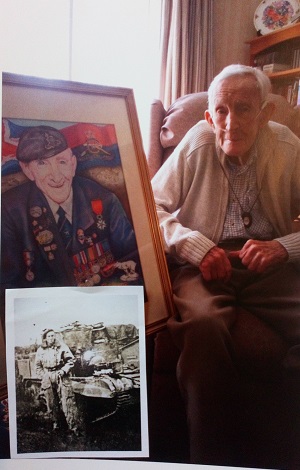 Stanley proudly served with the renowned 49th Infantry Division (also known as the Polar Bears). The Polar Bears were a fierce combat group rumoured to 'take no prisoners'.

Stanley took part in D-Day and the subsequent liberation of Holland and Belgium. The black and white photos in his portrait show him at Arnhem, already battle hardened. At Arnhem he faced 70,000 Germans to 10,000 allied troops (8,000 of our allied troops were killed, injured or captured).

On D-Day, Stanley's tank took a direct hit and his driver was killed. Stanley was blown out of the vehicle and knocked unconscious but miraculously uninjured! Up until his death, he still went to visit his driver's grave in France.